Home Quick Tips What is the aperture in a camera lens? 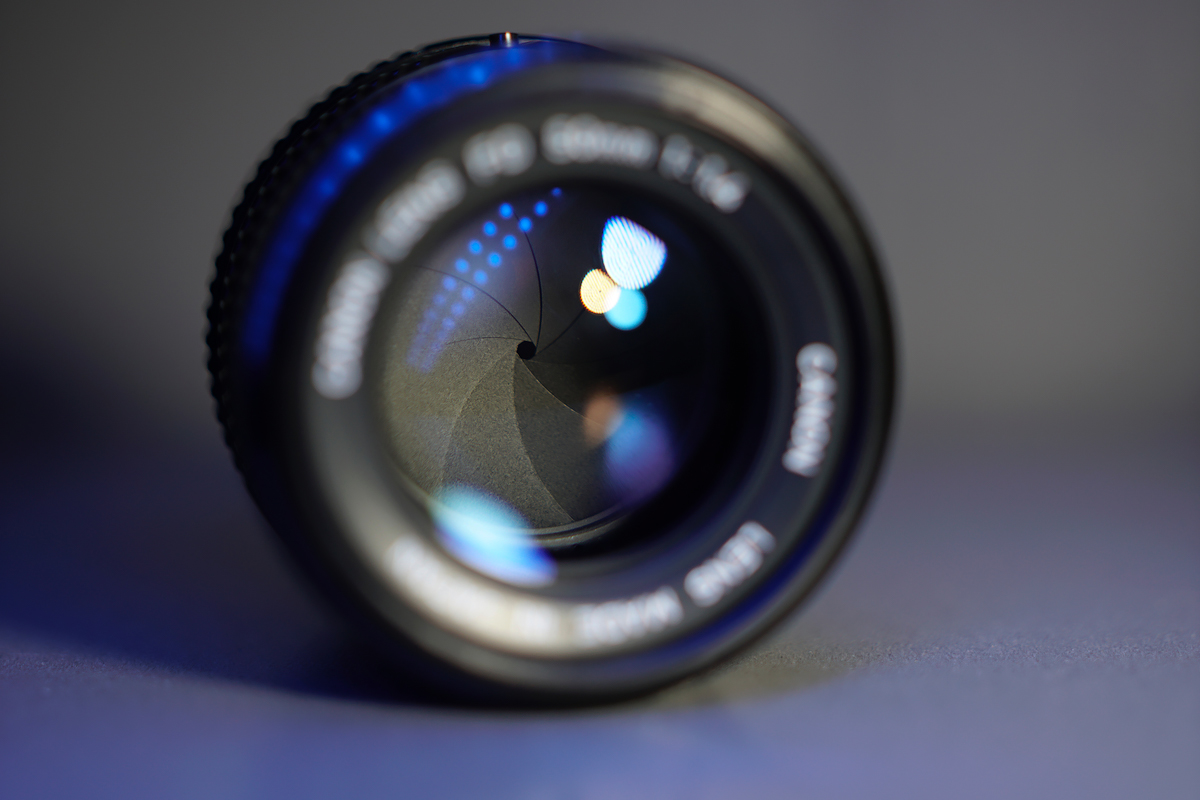 The aperture is one of the most important things in a lens. In fact it might shock you to realize this, but you don’t need a lens to have a camera. Way back as a student in grade school you may have been given the assignment of creating a pinhole camera. A pinhole camera focuses an inverted image through a tiny pinhole onto a piece of film on the back of a box. This effect is known as the “camera obscura”. The pinhole in the pinhole camera is the aperture.

Aperture in a camera lens.

The aperture in a camera lens is an adjustable opening the can be increased and decreased in size. It is made up of several sections known as blades. The blades rotate together at the same rate overlapping near the center to create the opening.

Primary functions of the aperture

As you may have noticed by looking in your lens, the aperture is positioned inside the lens. This allows the aperture to perform its primary function of controlling the amount of light passing through the lens.

But the aperture does more than just control the amount of light, it also controls depth of field. Depth of field is the plane of focus within which objects are seen as sharp. The important thing to note here is “seen as” sharp. In theory a lens is only sharp along a 2D plane. In practice things appear “sharp enough” within a certain range of the theoretical focal point, and this is what is referred to as depth of field.

Why does changing the aperture change depth of field?

Light passing through a lens can be described in terms of cones. Imagine a cone extending from the aperture to the sensor. In order for the light to be in focus the tip of the cone must be aligned with the plane of the sensor. When the light cone intersects the sensor at a point other than the exact tip of the cone it causes a circle to be projected on the sensor rather than a focused point. The limit where the circle is too large to be seen as in focus is known as the “circle of confusion”. And the distance between the circles of confusion before and after the focal plane is called the depth of field.

The inverse occurs when the aperture is made wider. If we now stop up to a wider aperture the light cones also get wider, and in turn, the distance from the tip of the light cone to a defocused circle is reduced thereby narrowing the depth of field.

Aperture also controls bokeh in the same way it controls depth of field. As you stop down the background gets less blurry, and as you stop up to a larger aperture the background gets more blurry. The background is blurred in the shape of the aperture, which is typically circular and becomes most noticeable in the case of “bokeh balls” or strong highlights in the out of focus areas.

Notice that the bokeh balls in the image above are pentagonal in shape which is also the same shape as the aperture.

Good luck and leave any questions or comments below.