What is “ISO” in a digital camera?

Become a better photographer. Sign up for tips, tutorials & news designed to level up your photography skills.

When should you change the “ISO” in your camera?

Why don’t photographers just use one super zoom lens?

What is a shutter button?

What are digital lens corrections?

Digital lens corrections are an important part of modern photography and videography when using most lenses, but most importantly, when using certain kinds of mirrorless lenses that require distortion correction in order to produce a rectilinear image.

The new mirrorless super zoom lenses such as the Canon RF 24-240mm, or the Tamron 28-200mm, require distortion correction in order to produce a rectilinear image at various point in their zoom range.

In the time of film photography it was not easy to correct distortion using analog processes, and photoshop hadn’t been invented yet, so most of the old film lenses are very close to rectilinear as there was no way for the average person to remove any kind of lens distortion from their film negatives and prints.

For that reason, most lenses designed in the days of film work pretty well in terms of their distortion performance and corner shading because these things had to be corrected in the lens using the optical design instead of using digital computer algorithms like in many modern designs.

Despite this modern tendency to allow more distortion in some lenses, most super high quality modern lenses tend to have relatively minor amounts of distortion. While companies are now able to make more compact and lightweight lenses with correctable distortion in them, the lenses still outperform very old designs from decades past.

Digital lens corrections are special lens profiles, essentially computer code, that is tuned to a specific lens in order to remove or reduce a lens aberration present in the lens you are using. Most lenses will have a lens aberration or two, usually peripheral illumination when the lens is used wide open, and image distortion. Lens corrections can be applied in camera or in a camera RAW editing program such as Lightroom. Programs like Lightroom make correcting lenses easy either by doing it automatically or manually setting the amounts of distortion or vignette correction.

Most mirrorless cameras with interchangeable lenses will have lens profiles that work when attached to the kind of camera they were made for. Usually lens profiles don’t work if a lens is used on another brand of camera using an adapter, such as a Canon lens beings used on a Sony camera via an adapter.

The comparison shows the image before corrections were applied and the image afterwards. Just drag the slider back and forth to see the difference clearly. 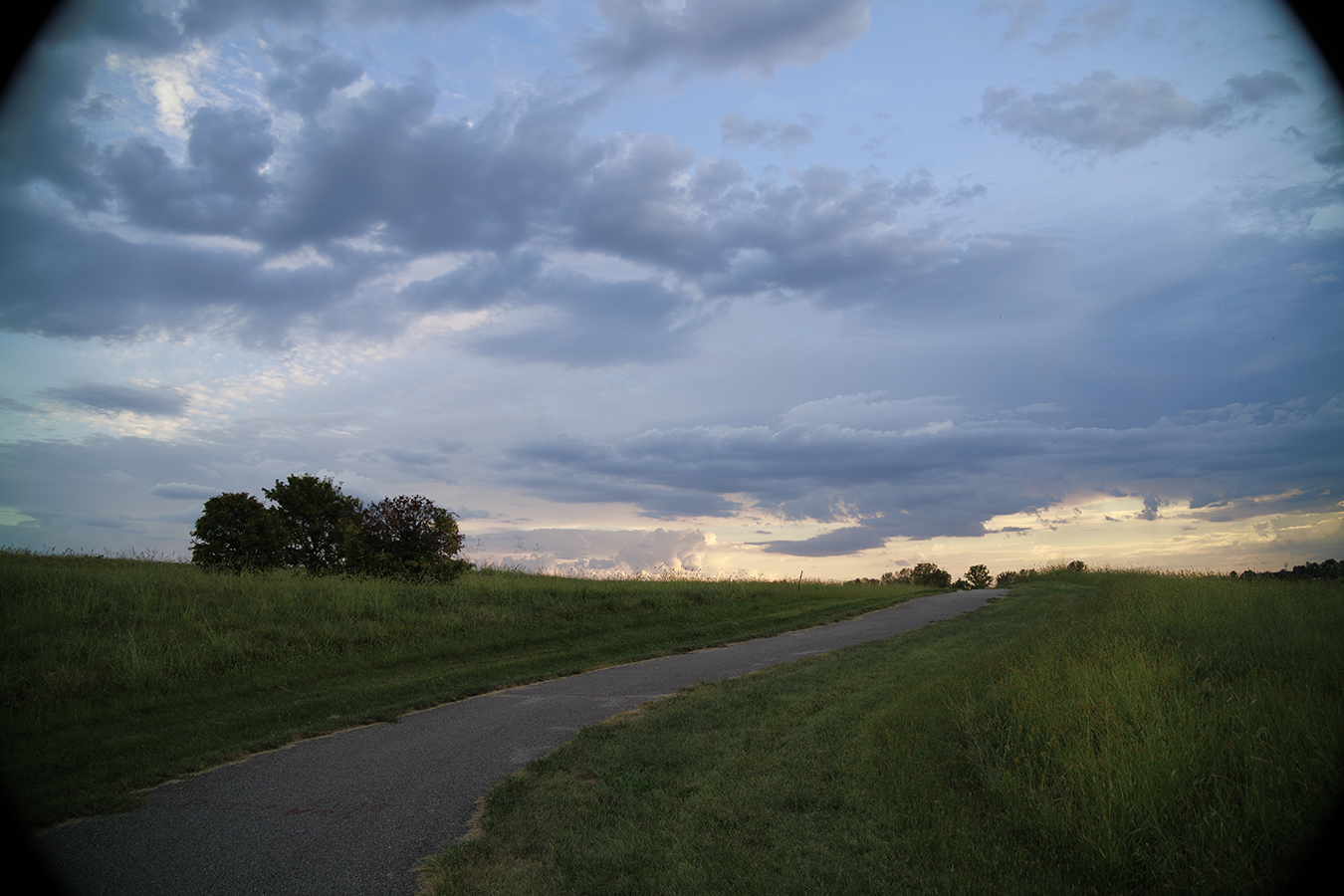 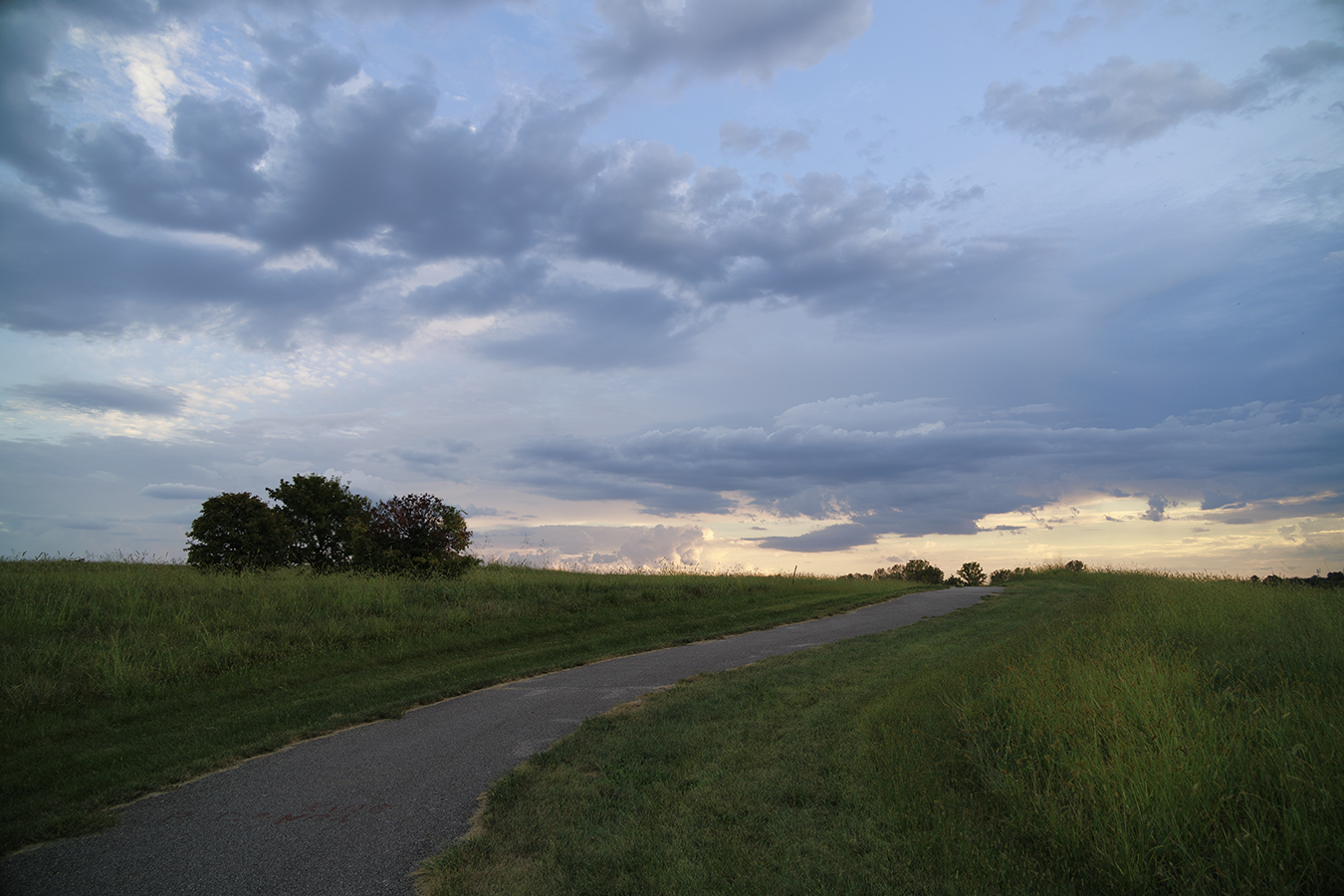 Even if a camera doesn’t say that it has lens profiles, most likely it does if it is a digital camera. Some cameras, such as cellphone cameras, don’t allow the removal of lens profiles but they all do take pictures using lens profiles. Almost all cellphone camera lenses are distorted in order to achieve the design goals in a such a tiny and flat lens. But those distortions are removed digitally so you always have a normal looking picture from the camera.

Digital corrections are not really bad although most high end lenses seek to avoid the need for such corrections. Corrections are not bad per se, after all, the goal of corrections is to improve the image. Personally, I like lenses designed with the old school approach of doing most corrections in the lens, as those lenses seem to be more natural and realistic straight out of camera. The problem is that maintaining this high level of quality with an expensive lens design is not possible for every conceivable design and customer budget.

One good aspect of lens corrections is that most of the corrections scale with improvements in camera sensors. If a lens needs distortion correction it does affect the resolution of the final image once the corrections are applied. This is because the image is pinched and pushed in different ways which decreases resolution in certain areas. While this is a negative, these losses are relative to the sensor resolution. What this means is that if a sensor has 30 Megapixels of resolution the losses from the distortion correction may result in a 5-10 megapixel reduction in acutance. However, if the sensor is 50 Megapixels the reduction will probably be about the same after the distortion is corrected.

This differs from designs where instead of allowing for distortion to occur the corner sharpness is sacrificed. Whatever level of softness occurs in the lens is the resolution limit, it doesn’t really scale with the sensor resolution.

This means that a cheaper lens which employs corrections may actually have better resolution when compared to a lens that doesn’t have as much distortion.

As good as digital corrections usually are, the more the image is digitally manipulated the less natural it looks. It’s always a little better to a lot better to do the distortion correction in the lens. The exact reasons for this come down to how lens effects such as bokeh appear to our eyes. Not every scene can be fully corrected when distortion correction is applied. For this reason, when very large images are viewed, such as in the movies, or in art galleries, it’s generally best if the image is corrected optically rather than digitally.

Telephotos should be even better than this, .5% distortion or better is typical for a high end telephoto design.

The good news is that many zoom lenses that require a high degree of distortion correction only exhibit the worst distortion at one of the focal length extremes. So while a lens like the RF 24-240mm may have a lot of distortion at 24mm, if you use it in the 35mm -150mm range the final image is more natural.

When using a lens like the RF 24-240mm on any R series camera for video the camera automatically corrects the distortion and corner shading. So, there’s no issue with using lenses like this for video, even when shooting with the RAW video formats. With Canon lenses the correction profile for each lens is stored in the lens itself so it doesn’t usually matter if the lens you’re using is newer than the camera, the camera will still be able to correct the lens on the fly as you’re filming.

While there are much more important things than perfectly correcting aberrations, such as how you use the lens, the color rendering, contrast, and sharpness, it’s still important to know that many lenses achieve their design goals digitally in addition to the old school optical corrections.

How to take magical waterfall photos.

Capturing the night sky – A chat with astrophotographer Ralf Rohner

How to photograph dragonflies.

When should you change the “ISO” in your camera?

Why don’t photographers just use one super zoom lens?

What is a shutter button?

Why are your SD card transfers slow?

How to create LUTs from any editing program.

Become a better photographer. Sign up for tips, tutorials & news designed to level up your photography skills.